Do you really know how to motivate someone?

For too long, there has been a mismatch between what science knows and what business does concerning motivation.

In 1949, professor of psychology Harry F. Harlow developed a 3 step puzzle to study the behavior of rhesus monkeys. In round one, the puzzle was simply put in the cages. Even though researchers did not give any instructions or incentives in this round, the monkeys began working on and solving the puzzle on their own.

In the second round, Harlow introduced food as a reward for solving the puzzle faster. The researchers recorded two significant outcomes after this round. When the reward was offered, the monkeys made more errors and solved the puzzles less frequently than they did in the trials without a reward.

What did this mean? The prevailing academic thought during this time period was there were two main drives controlling human behavior: the biological drive and the rewards / punishment drive.

Because the monkeys did not have a biological need to solve the puzzle and there was no reward or punishment for doing so in the first round, Harlow proposed a third drive. He called it Intrinsic Motivation.

Unfortunately, the scientific community did not openly welcome this third drive theory. Harlow eventually dropped the experiment and moved on.

Twenty years later, psychology graduate student Edward Deci began conducting experiments following Harlow’s lead. Deci used two human test groups for three rounds. One group received no reward in any of the rounds. The other group was paid for their performance during the second round, but not in the first or third rounds.

Why did this happen? Deci concluded that removing the reward removed the motivation. He wrote, “When money is used as an external reward for some activity, the subjects lose intrinsic motivation for the activity”.

While an external reward might deliver a short term boost in performance, the effects will eventually wear off.

That’s right! Over 50 years ago, science showed external rewards / punishments are not sustainable forms of motivation.

Ongoing motivational research continues to show carrot and stick style motivation is only effective for a short time on simple and routine tasks. On the other hand, these extrinsic motivation factors actually increase negative outcomes when the tasks are complex, involve deep thinking, or require long term motivation.

In addition to increasing negative outcomes, the rewards / punishment system may increase bad behavior. Some people will cheat to get a reward or avoid the punishment. Others will only work hard enough to get the reward and no more.

Finally, rewards signal the task is undesirable and they promote short-term thinking.

It is easy to assume the best way to improve performance is to reward the good and punish the bad. It’s time to stop assuming and to start paying more attention to science.

It is time to close the gap between what science knows about motivation and what we actually do. True high performance is connected to our desire to direct our own lives, extend our capabilities, and live purposefully.

This article was written from information found in Dan Pink’s book Drive. If you have not read the book, here is a great YouTube summary.

Have a Great Week!

If you liked this article, sign up for The Opposite Project to get more like it sent to your inbox each week. 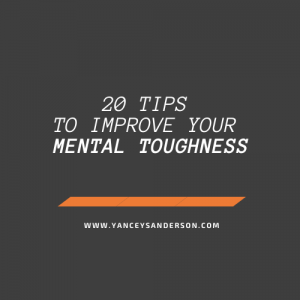